Skip to content
How well do the rules and directives in the car recycling and dismantling sector correlate?
“If we have to check everything, then we are talking about micro-management”
Companies recycling end-of-life vehicles and dismantling companies have to deal with a complex framework of European laws and regulations. Now that the important ELV (End-of […]

Companies recycling end-of-life vehicles and dismantling companies have to deal with a complex framework of European laws and regulations. Now that the important ELV (End-of Life Vehicle) Directive is being revised, the question arises as to how well the various laws, rules and directives complement each other and work in practice. 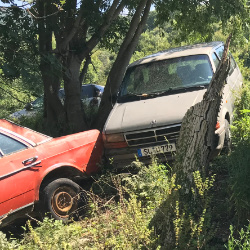 Revision of the ELV Directive

The European End-of Life Vehicle Directive will be revised at the end of 2020. They will look at how the most important framework for the European car recycling industry functions and where improvements can be made. The ELV Directive, introduced in 2000, means to minimise the impact of ELVs on the environment and to improve the environmental performance of the economic players in the chain. Last autumn, the interest groups had the opportunity to give their input. Almost without exception there was the call for the need to get rid of the inconsistencies and overlap between the various European laws and regulations. Eurobat, the association of European Storage Battery Manufacturers, said that before that the ELV Directive should be compared to the WEEE (Waste Electrical and Electronic Equipment) and REACH (registration of chemical substances), among others. The ACEA (European Automobile Manufacturers Association) also warned about the overlap between the ELV Directive and other guidelines. The lack of coherence between the various European initiatives leads to inconsistency.

The rules are getting out of hand. This was the essence of the presentation by Chris Slijkhuis during the recent IARC, the most important international car recycling congress of the year. The Dutchman representing the Austrian Muller-Gutterbrun Groep, with branches in various European countries, spoke enthusiastically about how (car part) recycling companies find the rules imposed by Europe hard to swallow in practice. According to Slijkhuis, there are too many laws and rules, they overlap and are too complex. “The REACH regulations cover about 12,000 pages. A very comprehensive set of laws and regulations, but there are also RoHs (Restriction of Hazardous Substances), POPs (Persistent Organic Pollutants), WSRs (Waste Shipment Regulation) and others. Why do we need the RoHS regulations or POP directive when we already have REACH?” Furthermore, Slijkhuis stated that the list of Substances of Very High Concern keeps getting longer. “We have to be careful that we don’t end up having to deal with thousands of substances.”

Want to know more about Substances of Very high Concern (SVHC)? Read how SVHC can severely impede the safe recycling of waste flows and how ARN is able to find the final fractions of SVHC at the PST plant in Tiel.

Slijkhuis emphasises that, in practice, the car recycling industry is more than capable of dealing with hazardous substances. “We know roughly where to find the hazardous substances. That’s why we use depollution. We have the technology to properly deal with these types of substances. In our organisation we have a database in which we record all legal requirements and permits. There are no less than 2,000. We are now confronted with the fact that we have to know how many PPM – Parts Per Million – a part contains. Why? We know that we have to handle them carefully, but why does this have to be measured? It is only important when the recycled material returns to the circular economy. And then REACH is the basic principle.” According to Slijkhuis, we should take a risk-based rather than a hazard-based approach to Substances of Very High Concern. “The hazard-based approach presumes the worst case scenario and that isn’t recycling.”

The ECHA – European Chemicals Agency – wants to set up a new database on substances at the end of 2019. That database will provide information about the producing companies, importers and sellers and the individual articles containing the substances. In short: a flood of information that ELV recycling companies have to implement. It’s impracticable. “If we have to check everything according to that database, we are talking about micro-management. We process 360 million car parts per year, which are delivered by 20,000 trucks and trains.” The European Recycling Industries Confederation (EuRIC) agrees with Slijkhuis. It states that the constantly changing thresholds for an increasing number of substances under REACH and the Persistent Organic Pollutants (POPs) directive are a considerable burden for the recycling industry. The challenges outlined by Slijkhuis apply to all recycling companies within the European Union, so also for those in the Netherlands. Shredder companies and ARN Recycling’s the post-shredder technology plant in Tiel are increasingly having to deal with this.

The current situation for recycling companies has been outlined, but what about the dismantling companies and the reuse of car parts?Henk Jan Nix, Senior Policy Officer at Stiba (the Dutch branch organisation for car dismantling companies) and secretary of the European umbrella organisation EGARA, has the answer. They deal mainly with the European end-of-life vehicle guidelines. The guidelines dictate recycling and reuse, wherever possible. “These are good laws and regulations but they must be followed by all parties”, according to Nix. Car manufacturers should provide information so that dismantling companies know which parts are suitable for which models. After all, cars have become so complex that parts can only be sold if they are accompanied by documentation from the car manufacturers. “The information provided by car manufacturers is often still very sketchy. And it’s not always clear. Many car parts have several part numbers. When trading car parts, it becomes tricky to determine whether they can use a part”, according to Nix.

Nix also notes that the European agreements regarding ‘design for recycling’ or ‘eco design’ are bypassed in practice. Because how sustainably is a car designed, if you can’t simply reuse a used part? Almost every car part is filled with digital technology nowadays. Car manufacturers design the parts in such a way that they often only function in a chain. Nix gives an example: “If you replace the inverter in a Volvo, then you also need to replace the starting block system and the ECU (Engine Control Unit). Add to that, some parts can only be programmed once. If you make a mistake, then the part becomes useless and it’s impossible to reuse it. Car manufacturers cite safety concerns, but the question is whether that is the actual and only reason.”

“The information provided by car manufacturers is often still very sketchy. And not always clear”

Step in the right direction

Although there are numerous points for improvement, Henk Jan Nix emphasises that the car manufacturers’ obligation to provide information is going in the right direction. As of this spring, car manufacturers have said ‘we don’t discriminate’. With that they mean that anyone who wants to handle used parts can access the data that car manufacturers release about those parts. And that includes information for programming digital components. Nix’s EGARA has played a significant part in that. It demonstrated to DG Environment, the European Environment Agency, among others, that reprogramming car parts with a chip often goes wrong, resulting in unusable parts.

Finally, Henk Jan Nix took a brief look at how the Dutch car dismantling companies cope with the tangled web of European rules. “We are quite happy with the rules in The Netherlands. They don’t contradict each other. Our members experience little trouble with the current laws and regulations because the relevant European end-of-life vehicle directive is based on the Dutch model. We had it all well arranged and could implement the European regulations without any problem.”