Skip to content
Steely strength: Tata Steel commits to new recycling methods
Steel makes up about two-thirds of your average car, and although steel is well-suited to recycling, automotive steel has its quirks. Tata Steel in Ijmuiden […]

Steel makes up about two-thirds of your average car, and although steel is well-suited to recycling, automotive steel has its quirks. Tata Steel in Ijmuiden is hard at work to develop ideal methods for reusing automotive steel.

The world uses a tremendous amount of steel, with 1,800 million tonnes being used for buildings, ships and cars every year. On average, 2 tonnes of CO2 are emitted for each tonne of steel produced, which is a lot less than for the same amount of aluminium or carbon, but still makes the steel industry a major contributor to the greenhouse effect due to the vast quantities produced. Following the Paris climate agreement, which aims to make Europe carbon-neutral by 2050 – the steel industry is committed to reducing its carbon emissions. Steel recycling is also a key pillar in carbon reduction, as recycling steel costs considerably less energy than extracting and producing virgin steel. Currently, more than 40% of steel produced all over the world is made with recycled scrap metal.

These figures are great news, but still offer a lot of room for improvement. After all, steel should – in theory – be 100% recyclable without loss of quality. According to Nick Silk, Sustainability Lead Automotive at Tata Steel, this is largely due to the vast quantities of used steel – scrap metal – available. “There’s a considerable interval between the day steel is produced and the day it’s returned to us. Most of the steel we reuse now comes from the 1980s. We have enough scrap to meet approximately 40% of the entire demand for steel with recycled materials, and this number is increasing every year.” After all, steel used in buildings can easily last anywhere between 50 to 100 years, while even automotive steel can have a lifespan of between 15 and 20 years. Only the steel used in cans is recycled within a year.

Simply collecting heaps of old steel and smelting it down into a fresh slab of metal in a blast furnace is not the way to go. “In IJmuiden, Tata has a blast furnace and an oxygen steel mill. In the production process, you can only add up to 20 percent scrap to the primary iron, such as construction beams,” Silk points out Moreover, the oxygen steel mill won’t just accept any type of scrap. Automotive steel, for example, has a protective zinc coating to prevent it from rusting. Even you source the full 20 percent from the automotive industry, the zinc dust created as a by-product is too diluted to be sold to the zinc industry for recycling. On top of that, the zinc and copper found in automotive scrap metal disrupt the iron and steel production processes.

The so-called electric arc furnace, or EAF for short, is a scrap smelter that can handle steel from end-of-life vehicles. The EAF can handle all types of scrap, but cannot not make new pig iron. Besides, this omnivore also consumes large quantities of electricity. “If you’re not powering it with green electricity and not using it to produce new iron, the EAF isn’t really a fair comparison”, Silk believes.

“There’s a considerable interval between the day steel is produced and the day it’s returned to us. Most of the steel we reuse now comes from the 1980s” Nick Silk, Sustainability Lead for Automotive at Tata Steel

From blast furnace to reactor vessel

However, there are many roads that lead to Rome. Tata Steel’s IJmuiden site emits an average of 1.86 tonnes of CO2  per tonne of steel produced, making it one of the five “cleanest’ steel producers in the world according to World Steel, thanks to its two blast furnaces and its Hisarna plant, an innovative iron production and recycling pilot plant that strikes a balance between being a lab and a production facility. “We’ve already started using it to produce iron, though on a small scale. At the moment, it’s a pilot project, but it could become a fully fledged steel mill by 2030”, Nico Langerak, Applications & Engineering Department Manager at Tata Steel Europe, explains. HIsarna technology is a far cry from the traditional, age-old blast furnaces we all know, with the fundamental principles of using large chunks of iron ore and coal coke going back to Roman times. Langerak: “HIsarna technology involves injecting very fine iron ore and coal powders into a cyclone in a reactor vessel, after which the coal particles peel off the oxygen from the iron oxide, leaving pig iron.” Because there are only a select few competitors who are working on similar processes, Langerak touts the Hisarna method as being ‘virtually one-of-a-kind’. The major advantage of the HIsarna technology is that it requires much less coal, and because it emits less and more pure carbon, the resulting carbon is a lot more versatile. For instance, it is a lot easier to capture and store pure carbon dioxide, for instance in an empty gas field in the nearby North Sea, before reusing it to make plastics or hydrogen. Langerak: “HIsarna technology emits at least 25 percent less carbon dioxide than a blast furnace, and combining this technology with CO2 capture methods will get you close to reducing overall carbon emissions by 80 percent.”

If you include its various predecessors, the HIsarna method has been in development for thirty years. “Unfortunately, we don’t have another thirty years to spare. A decade from now, we have to be able to recycle every type of steel out there, whilst reducing carbon emissions on a large scale”, Langerak says. Tata Steel is working on several technologies to reduce its carbon emissions by 2030, such as a combination of an electric arc furnace powered by green electricity and a high-volume HIsarna plant. The aim is for the good-old blast furnace to be phased out entirely by 2050,

which is great news for the car recycling industry, as both EAF and Hisarna have no problem with scrap metal containing zinc. With HIsarna, the zinc is collected as a vapour. “We have noticed that car manufacturers want to use more recycled steel in their cars, as it can help them reduce their carbon emissions and lets them tell their customers a good story”, Nick Silk points out.

“We’re going to start branding our rolls of steel with a digital hallmark at every metre, which will tell car recycling companies exactly which type of steel they’re dealing with” Nico Langerak, Applications & Engineering Department Manager at Tata Steel Europe

Silk thinks that in the future, shredding companies will have to separate steel from end-of-life vehicles or separate its scrap from steel originating from other products. “There is no need to separate steel as of yet, as the uncoated automotive steel from the 1980s mixes just fine with today’s low-alloy steel. However, steel is becoming increasingly strong, and high-strength steels contain added elements that you don’t want when making automotive steel.” According to Silk, high-strength steel has become at least 50 percent stronger in recent years. Furthermore, it is important that steel not be mixed with other materials, which is mainly a task for processing centres. In the steel recycling industry, copper does more harm than good. After all, copper differs from zinc in that it cannot be reclaimed in vapour form. Besides, copper makes steel brittle, which can be disastrous for further processing. Silk anticipates that separating different types of steel will become more important when demand for recycled automotive steel starts to increase in the near future. “After 2030, we may have two separate processes: the EAF, for re-smelting scrap metal, and the blast furnace. On top of that, new iron production processes are being considered, such as DRI – short for direct reduced iron – and HIsarna technology, which are complementary to each other.” If Tata Steel does decide to implement multiple different products, each process will impose specific requirements on the steel to be used. “Using high-alloy ball bearings and rails to create sheet steel for cars is far from ideal, as recycling these materials into high-alloy steel is much more efficient. Automotive steel will also remain in its own loop. In our future EAF, we will recycle the outer panels sourced from end-of-life cars to produce new outer panels. By improving our separation processes, we can ultimately approach a 100% recycling rate”, Silk believes.

As a steel manufacturer  , Tata Steel has a clear role to play in the steel separation process. Nico Langerak explains: “We’re going to start marking our rolls of steel with a digital hallmark, telling processors exactly what type of steel they’re dealing with. The fire brigade has already drawn up manuals on where to cut open cars made from a certain type of steel, and the same could be done by car recycling companies. Soon, they’ll know exactly what type of steel they’re dealing with and how to process it.”

Steel and electric cars: for a long time, it wasn’t the happiest of marriages. With battery technology advancing rapidly, the weight of steel is no longer an unsurmountable problem. In fact, steel has become a welcome addition, as it is a great way to reinforce the battery packs used in electric cars. “Leading electric car manufacturers are now looking at the battery as a way to reinforce their cars, using it to strengthen the car’s overall chassis, rather than to just improve collision and fire safety. “If you manage to make a battery back strong enough by incorporating high-strength steel, you can leave out steel elsewhere”, Langerak remarks, adding that “special kinds of steel are also developed for the battery housing and the electric motor, which you would love to see be given a second life.” 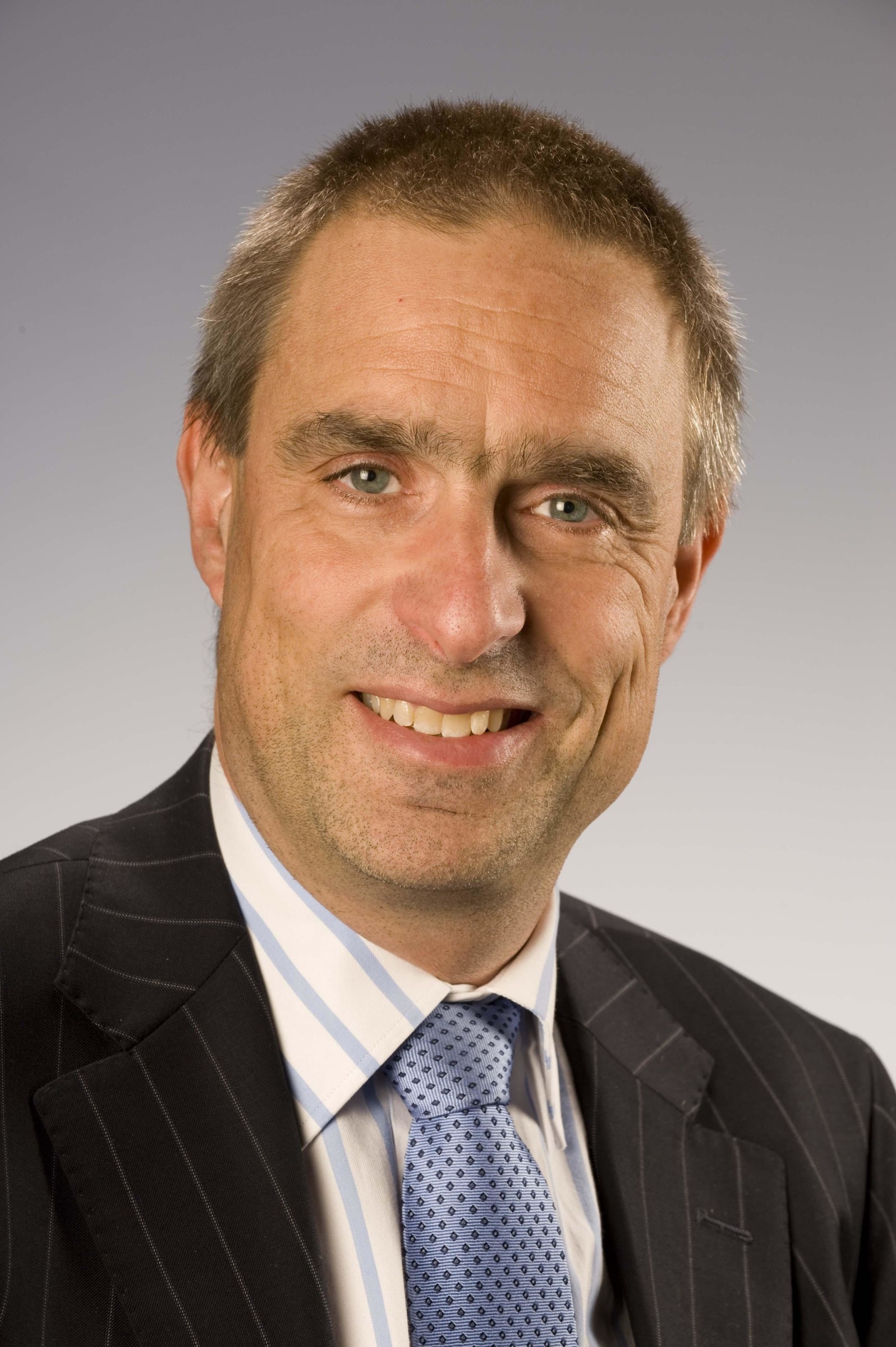