Plastic made of polylactic acid – also known as PLA – is slowly on the rise in the automotive industry. What are the possibilities of plastic based on organic materials and how does it contribute to a circular economy?

If you ferment sugars from sugarcane or corn starch, you end up with lactic acid. This lactic acid can be polymerised to plastic. This would not be petroleum-based plastic, but bio-based plastic. Polylactic acid (or PLA) is a newcomer to the automotive industry. Ford and Toyota were the first to use PLA fibres in their cars in the early 21st century, and the Japanese car brand Mazda was the first to start mass producing PLA in 2006. The car brand used it for the upholstery of the seats of the Mazda Premacy. Floor mats, headliner surfaces and many other interior elements followed. That’s not surprising: PLA is sturdy and resistant to UV. It is also quite at home under the hood; it is heat resistant up to 140 degrees Celsius. This makes it a good replacement for regular plastics such as polyester (including PET), polystyrenes (ABS) and polypropylene (PP), which is frequently used in the automotive industry.

PLA is sturdy and resistant to UV. It is also quite at home under the hood. This makes PLA an alternative to regular plastic.

Bioplastics currently make up less than 1 percent of worldwide plastic production. However, significant growth is on the horizon. The bioplastic market will grow from 6 billion dollars in 2018 to about 20 billion dollars in 2026. PLA is primarily used in the food packaging industry, but the car industry also has its sights set on bioplastic. About 15% of the global bioplastic production goes to the automotive industry, and this is expected to increase from 155 tonnes in 2019 to 166 tonnes in 2024.

Bioplastics such as PLA have to compete with regular plastic. This is not an easy task. Petroleum-based plastic is produced in such vast quantities that bioplastic cannot offer any similar scale advantage. “PLA is 20 to 50 percent more expensive than similar materials, since a complex process is used to turn corn or sugarcane into the components for PLA”, says the Earth Institute of the American Columbia University. There are also challenges in the area of constant and reliable supply, and bioplastic needs to prove it has the same characteristics as regular plastic. Before a car manufacturer starts using PLA for a component, they want to know what the product specifications are in the long term. This requires research and therefore extra costs.

“NatureWorks, a large PLA producer, transforms emissions into sugars, which can then be fermented. It is currently even working on a technology that eliminates the need for plants altogether”

In addition, the production of bioplastic takes up valuable agricultural soil. Although, at 0.02%, this share is not too significant. Only 1.6 kilos of biomass are required to make a kilo of PLA. Moreover, PLA is made of wood chips and wheat straw, goods that are not meant for human consumption. And it gets better. NatureWorks, a large producer of PLA, is currently working on a technology that will fully eliminate the need for crops. In future, NatureWorks wants to directly generate the components for PLA through micro-organisms, which filter them out of emissions in the air and transform them into sugars. Those sugars are then used by NatureWorks as a base for fermentation, resulting in lactic acid which, in turn, is used to make PLA.

There are various types of bioplastic. Some of them are purely bio-based (biobased polyethylene and bio-based polyurethane) while others are only biodegradable (PBAT). PLA is both. A car part made of PLA can completely degrade in three to six months after its lifespan. Other bio-based plastics do not or only barely degrade. It should be mentioned that PLA does need some help with this. It needs a temperature of at least 60 degrees Celsius, a humid environment and a diet of digestive microbes. These ‘ideal circumstances’ can only be achieved in an industrial compost factory. A one-way trip to a normal garbage dump is not an option. According to NatureWorks, PLA breaks down as slowly as a PET bottle under normal circumstances: it takes between 100 and 1,000 years.

“PLA needs quite a bit of help. It needs a temperature of at least 60 degrees Celsius, a humid environment and a diet of digestive microbes.”

As long as the recycling stream is not overly polluted with other plastics, PLA is very suitable for recycling, both chemically and mechanically. The latter even appears to have a lower environmental impact than composting. In case of mechanical recycling, the chemical composition of the PLA remains unchanged. The plastic is turned into ‘pellets’, which are used to produce new PLA products. For example, mechanically-recycled PLA is used as a material for 3D printers, among other things. Chemically-recycled PLA results in lactide or lactic acid, which is then used to produce new PLA. In 2018, the Dutch PLA producer Total Corbion presented the first circular car with the Eindhoven University of Technology. In addition to organic fibres, quite some PLA was used in the 360- kilo car. 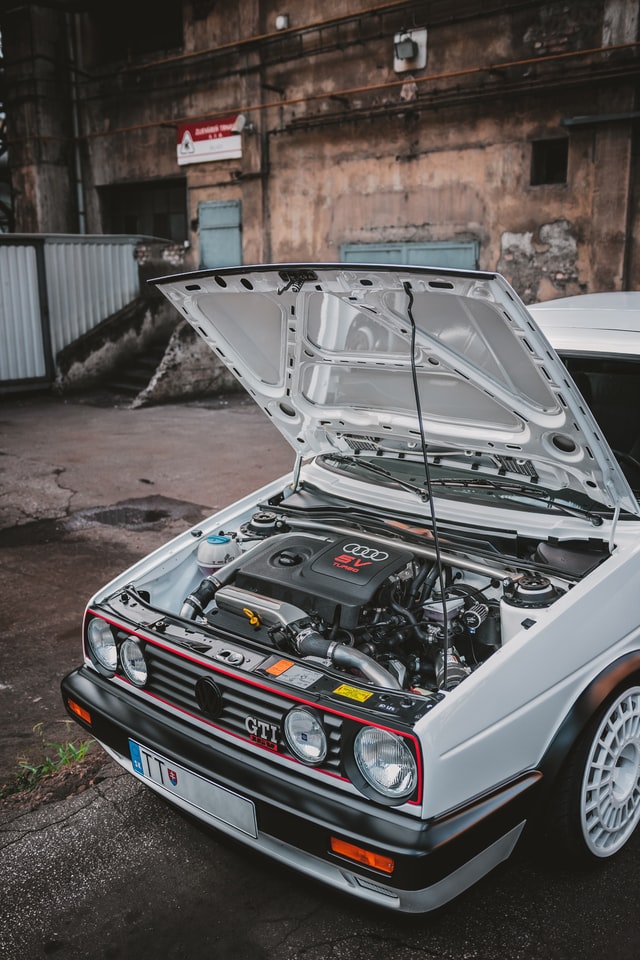 In addition to PLA, there are many other bio-based plastics. BioPBS, for example, is a plant-based polymer. PBS is durable and heat-resistant, and is used in the automotive industry as an alternative to PP, PET and PE plastics. Bio-based polypropylene (Bio-PP) and bio-PET also exist, however. PHA can also be used for sustainable applications, such as in the automotive industry.