Skip to content
A car made of sugar, flax and tomato peels is one step closer
You park your car in a meadow and, five years later, it’s nowhere to be seen! It has dissolved, returned back to nature. As amazing […]

You park your car in a meadow and, five years later, it’s nowhere to be seen! It has dissolved, returned back to nature. As amazing as it sounds, it’s nowhere near reality – yet. All the same, the ‘biobased’ car is slowly taking shape. Natural biodegradable materials are replacing petroleum-based plastics.

The average car is comprised of around 10 percent plastic. This is equivalent to 100 kilos, since a compact car easily weighs a ton. All of that plastic is particularly harmful to the environment. After all, plastic is made from petroleum and is not biodegradable. But there is more bad news. The automotive industry is using more and more plastic in cars. In the battle to make cars lighter and more efficient, car manufacturers are using plastic more often. It can be found in every part of the car, from the interior and boot to under the bonnet.

Fortunately, car manufacturers are taking this seriously. Over the past decade in particular, they have been searching for materials to replace plastic. They are using recycled materials – from old jeans to pulverised dollars – as well as biobased parts. ‘Biobased’ in this case means parts made from natural biodegradable materials, such as soybean, flax and coconut. A major car manufacturer like Ford uses an average of 31,251 soybeans in every model. These soybeans form the basis for the foam used to fill the seats and headrests. This foam is thirty percent lighter – and nearly a quarter more renewable – than petroleum-based foam.

The use of plastics in the car industry is only increasing. In the battle to make cars lighter and more efficient, car manufacturers are using more and more plastic

As a result, Ford uses 2.25 million fewer litres of petroleum on an annual basis. The Americans also swear by rice hulls, castor beans, jute and kenaf (hibiscus). Natural materials are primarily combined with plastic to make it stronger. Another ‘green’ material used by Ford is wheat straw, a by-product from the wheat harvest, as well as coconut ‘hair’ for the mats in the trunk. They are also experimenting with tomato peels, bamboo, agave fibre, algae and dandelions.

If you think that Ford has considered pretty much every possible natural material, think again. Mercedes-Benz has used banana leaves, flax and hemp in its models in the past. Sweet potatoes and sugar cane (Toyota, among others) and wood and cotton fibre (BMW, among others) are other natural materials used in the automotive industry. The fibres of plant species in particular are popular for strengthening plastics, as they are often lightweight, strong and inexpensive (especially waste products). In the past, plastics were often reinforced with glass fibre. This was the only way to create very hard plastic. Nowadays, much more flax fibre is used. It requires less energy to produce, is lighter and stronger and increases reusability when the vehicle is scrapped.

Although the natural materials mentioned above are often combined with petroleum-based plastic, another option are bioplastics. This type of plastic has a natural base. It has become popular to make plastic out of polylactic acid (PLA). Polylactic acid is obtained by fermenting sugars (from sugar cane or cornstarch) into lactic acid. This lactic acid is then polymerised, i.e. made into biobased plastic. Another common bioplastic is Solanyl, which is made from cornstarch resin.

A car manufacturer like Ford can be proud of the fact that it uses nine natural – and therefore sustainable – materials in its production models, yet the fully biobased car is still on the drawing table. Of the 40,000 parts that make a Ford a Ford, only 300 are made of renewable materials. These parts include the coin holder, armrests and door panels. The average Ford is ultimately made of 75 percent steel.

Plat fibres are popular for strengthening plastics, as they are often lightweight, strong and inexpensive

Of course, the idea of a biobased car is close to eighty years old. In 1941, founder Henry Ford experimented with the ‘Soybean Car’. For the fourteen plastic panels attached to the frame, he used soybeans, wheat, hemp and flax as the basis. Another oldie but goody: in 1994, Mercedes-Benz equipped its E-Class model with plastic door panels containing jute. Its flagship model, the majestic S-Class, contained 43 kilos of renewable materials back in 2006. Critics cannot help but wonder why we have not progressed any further.

Considering the history of the development of biobased parts at Ford, the most logical answer is that it’s all about the money. In the late 1990s, the ‘plastics team’ at Ford was already working to create plastic made from natural raw materials. Inspired by the ‘Soybean Car’, the idea surfaced to use soybean oil as a possible raw material. But it took at least a decade before higher management at Ford came around. The reason? The price of oil had risen to over 160 dollars a barrel. The first seats filled with soybean foam were used in the iconic Mustang in 2008.

The possibility to build an entire car out of biobased materials has been proven by students of the Eindhoven University of Technology. Last year, they introduced the ‘Lina’, a car made of flax. Both the body and plates were comprised of a composite based on this strong natural material. The ‘Lina’ is 100% biodegradable. According to the team that built the ‘Lina’, flax has a very strong structure. Layering the fibres makes it possible to produce plates that are just as strong as carbon or aluminium. In 2018, the Eindhoven students did it again with the ‘Noah’, the world’s first genuinely circular car. This time, both flax and cane sugar were used. An ingenious chemical process was used to jointly convert the two main components into a bioplastic. Like its sister ‘Lina’, the 350-kilo ‘Noah’ is fully biodegradable, but more than that, the binding agent (PLA) and flax structure can be separated when the vehicles reaches the end of its service life. In other words, nothing will remain from the body of the ‘Noah’. The only part for which a solution has not yet been found is the battery pack. Light on the horizon

It may be a while before we can step into a fully plant-based BMW, Ford or Suzuki, but the students of the Eindhoven University of Technology believe that the automotive industry can take the next step – starting with body parts made from flax fibre. According to the team that built ‘Noah’, this fibre is biobased, lightweight and strong. And it won’t shatter on impact like costly carbon does. But not only are the students positive about the possibilities, an important organisation like the OECD (whose goal is to promote economic collaboration and development between the 36 affiliated countries) sees possibilities for biobased car tyres made from dandelions and floor mats made from sugar. The organisation recognises a pivot point: “The idea that we can create chemicals in microorganism factories instead of oil refineries has taken root. This translates into a cleaner and more sustainable manufacturing future.” The OECD mentions graphene as an important material that can be produced from soybean oil. Although still highly expensive, graphene conducts electricity better than copper, making it highly suitable for use in the battery pack of electric cars. And like the Dutch ‘Noah’ proved, this will mean that the final puzzle piece will be in place. 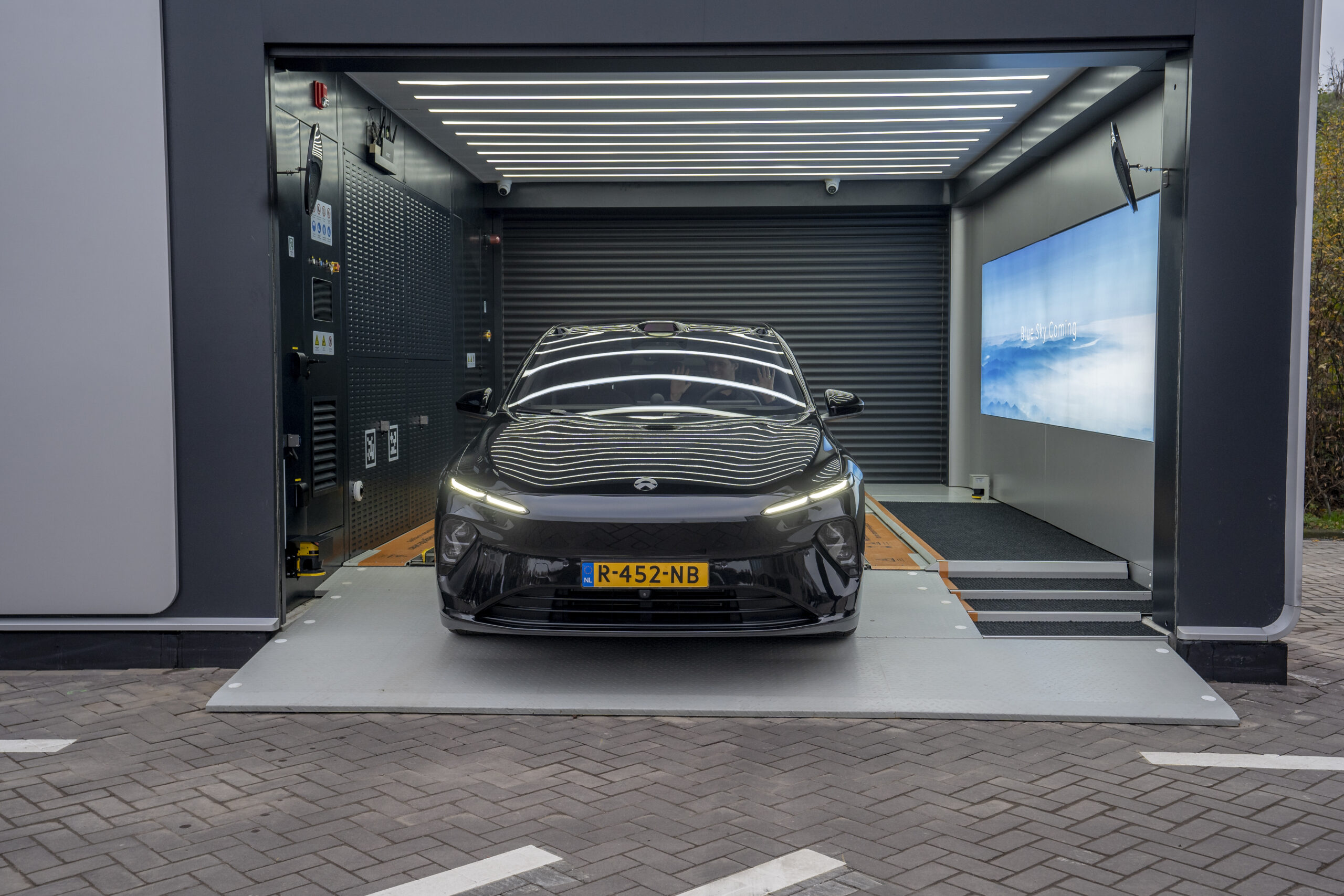