It is well known that Dutch car recycling chains are achieving exceptional performance. But what is the situation in other countries? The editors of Green Light have investigated this and made their first stop in beautiful Albania.

We start to become acquainted with this Southern European country as soon as we board the AF Marina ferry in the Italian port of Ancona that will take us to the coastal town of Dürres in Albania. It is no ordinary passenger ship like the many others that depart from ports along the eastern coast of Italy. The AF Marina is quite a remarkable combination of a cargo vessel and a passenger ship. During this summer month of August, almost everyone travelling is an Albanian migrant returning to their country of birth for a couple of weeks.

“Albanian car owners prefer to be seen in a Mercedes-Benz”

In addition to their cars, almost all of which seem to be made by Mercedes-Benz, the ship is loaded with car trailers that are mainly filled with cars by the same make. It’s a real patchwork, ranging from brand new cars to others that have spent a considerable length of time on German, Swiss and Dutch roads.

Albania only became a parliamentary democracy after the fall of the Hoxha regime in 1991. The country was poverty-stricken, but the economy is developing at an intense pace. Car ownership naturally forms part of this. Just as in Tunisia and Morocco during the 1980s and 1990s where there was a significant preference for cars made by Peugeot, Albanian car owners prefer to be seen in a Mercedes-Benz. This probably has something to do with the poor quality of the road network in this small country in the Western Balkans. After all, Mercedes Benz is a make that is well known for being robust.

Albanians do not currently buy their cars new from an authorised dealer. It is also almost impossible to do this. Car dealers as we know them in Western Europe are like needles in a haystack. For instance, the make with the three-pointed star has no more than two dealerships in the capital Tirana and the coastal town of Dürres. This means that the chain from purchasing a car to its salvage works slightly differently to how we are used to. The country has thousands of small car dealers where consumers can choose a newly imported car. More often than not, the cars still have the number plates from their country of origin, not infrequently the Netherlands. Naturally, the trade in cars goes beyond just these small businesses. Around a quarter of all cars on Albanian roads have a little sign in their window reading ‘shitet’, which means ‘for sale’. Many Albanians hope to benefit from the growing hunger for cars in the country.

Maintenance is carried out by ‘brand specialists’ which also double up as car salvage firms. We visited a typical example of one of these firms, Auto Service Miri in the city of Shkodër in Northern Albania. Needless to say, this young entrepreneur has specialised in Mercedes-Benz maintenance. The firm carries out repairs with used parts wherever possible. These are removed on site from the stock of salvage cars. So, Miri’s successful firm combines the role of garage owner, parts supplier and car salvage firm.

Recycling specialists are nowhere to be found

It is great that Albania makes such intensive use of parts from salvage cars. You can see here that recycling is taken almost to an extreme, without any mention whatsoever of car recycling percentages.

The firm carries out repairs with used parts wherever possible. These are removed on site from the stock of salvage cars.

However, it is unclear where the chain goes after Miri and his fellow entrepreneurs have ‘finished’ with a salvage car. Specialised car salvage firms, let alone certified firms as we know them in Western Europe are nowhere to be found in Albania. We saw a kind of scrapyard in the south of the country, where cars had been literally thrown onto a heap in an otherwise beautiful landscape. There did not seem to be any form of further salvage.

However, we did come across several shredder firms. For instance, there is a quite a large shredder firm in the port town of Dürres next to the jetty for the ferries from Italy where metal from all kinds of sources goes through the machines. This also includes cars, but does it include the cars discarded by Miri?

The car recycling chain in Albania is in its infancy. The reasons for car recycling are also clearly different to those in Western Europe, where manufacturer responsibility and environmental awareness are key factors. Albanians mainly recycle cars because they want to reuse the parts in these cars. Given the current economic climate of the country, this is fantastic. That is because this economy is developing at a rapid pace and car recycling will also develop alongside it. 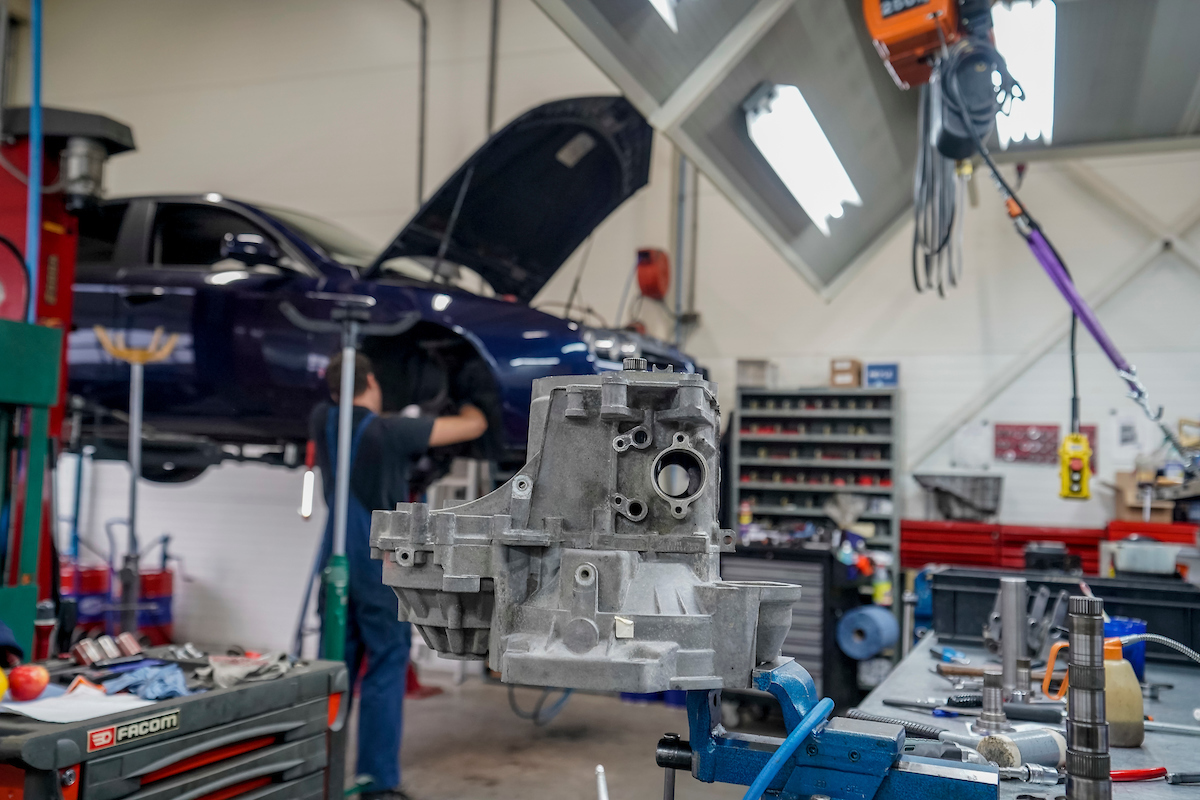 Naar overzicht
Vorige Artikel
“One answer to all challenges: cooperation”Volgende Artikel
“Cars should ultimately always return to the manufacturer”